This page was generated from /builds/synsense/rockpool/docs/devices/xylo-overview.ipynb. Interactive online version:

🐝 Overview of the Xylo family

Xylo is currently available in several versions with varying HW support and front-ends. 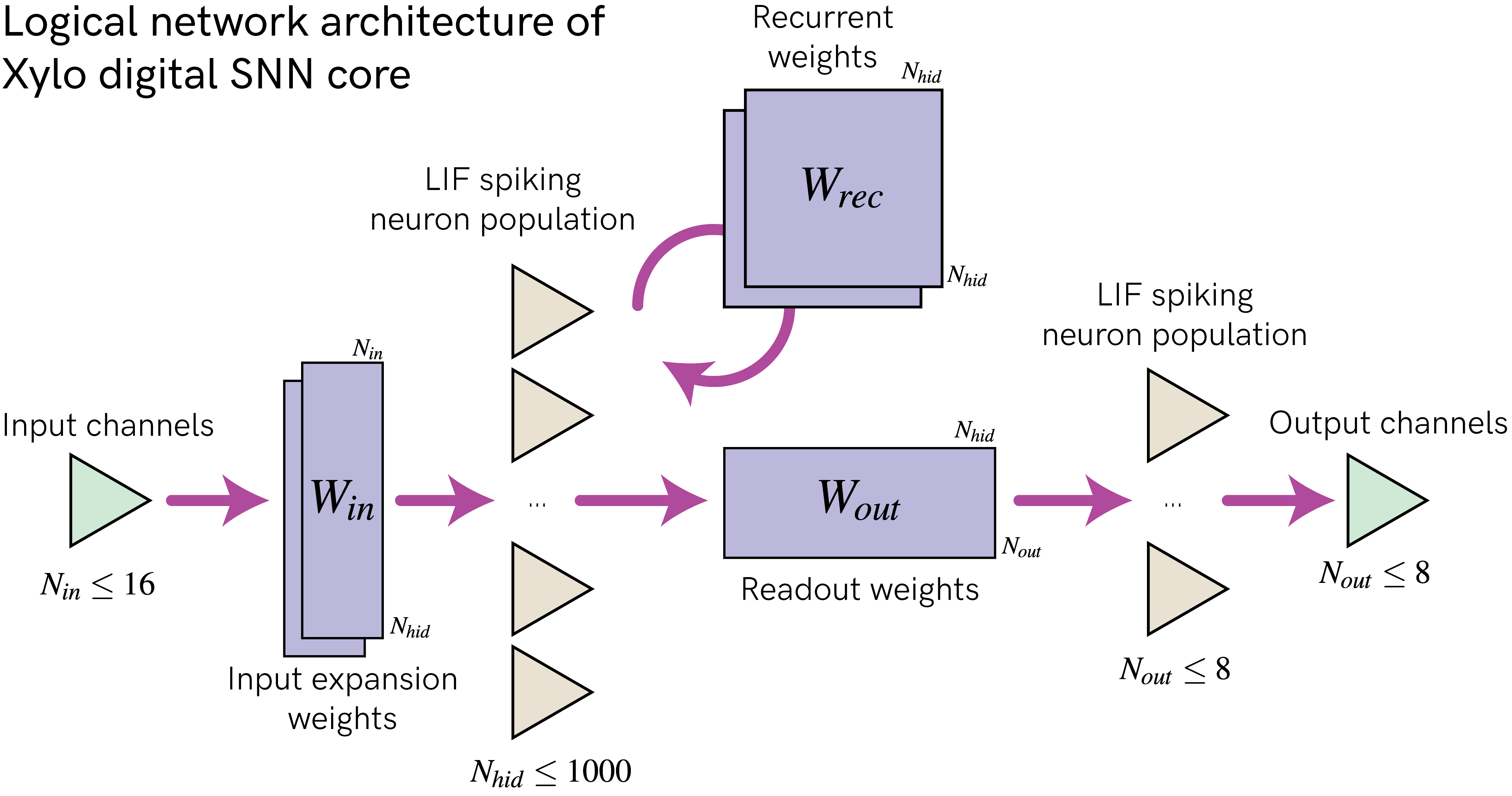 This figure shows the overall logical architecture of Xylo.

Xylo devices simulate exponential decay using an efficient bit-shift-subtraction technique. Consequently, time constants are expressed as “bit-shift decay” parameters (“dash” parameters) which are a function of the fixed simulation time-step. The equation for that conversion is:

Hence, the dash parameter for a synapse with a 2 ms time constant, with a simulation resolution of 1 ms, is 1.

But what is done with this bitshift of 1? Let’s compare exponential decay with bitshift decay. The bit-shifting decay method is illustrated by the function bitshift() below.

As you can see, the bit-shifting decay is accomplished by the line

For information about setting up a Xylo simulation and deploying to a Xylo HDK, see 🐝⚡️ Quick-start with Xylo